Genetically Modified Salmon - Is The Genie Out Of The Bottle?

Genetically modified salmon, like all GMO’s, should be labeled and have more testing done outside the lab. Troubling discoveries need to be vetted and verified.

The most obvious question on safety is with regard to the transgene and its product introduced into GM fish crops, as they are new to the ecosystem and to the food chain of animals and human beings.

What is Genetically Modified Salmon, why was it developed, what are the risks and benefits or having this as a human protein source? 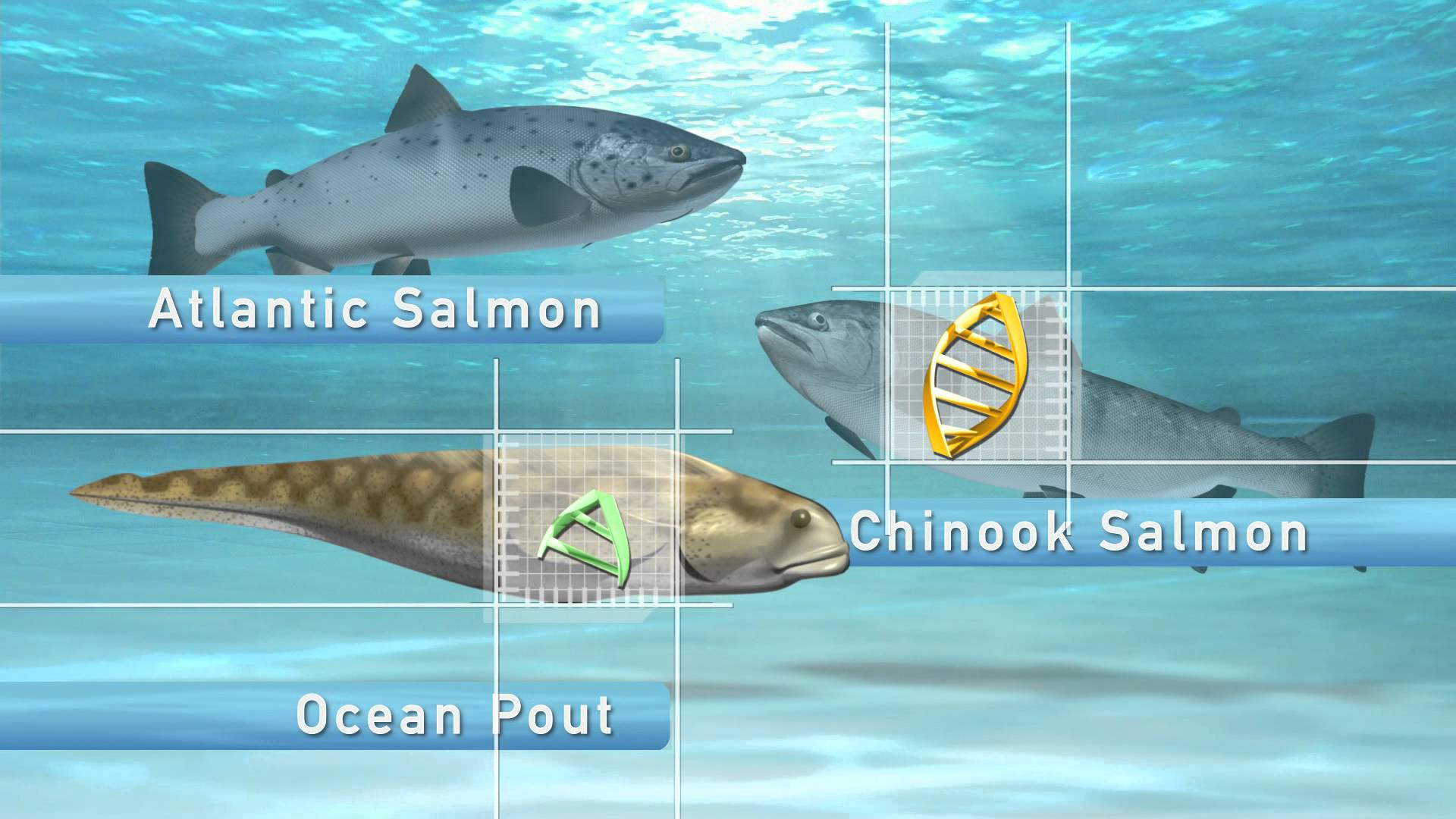 From AquaAdvantage: Genetically Modified Salmon with DNA from Chinook Salmon and Ocean Pout

Safety means we accept the risk to us as reasonable. Safety is relative and encompasses ourselves and our environment. We cannot eliminate all risk. Driving a car, showering in the bathtub, drinking wine, have risk which we accept and take for granted.

Across our life span “taking risk” or facing uncertainty, keeps us human, keeps us vital.

However, organized society requires that basic needs, essential ingredients of a stable society be “safe.” Food, shelter, water, public infrastructure should be safe. At the very least, citizens and consumers must have access to information to make informed decisions about both short term and long term health decisions for themselves and their environments.

Food Must Be Safe – But each person reacts to food item differently.

Would you accept the risk, to your health, to your environment, of eating genetically modified salmon?

Organic, artisanal cheeses and creams are excellent nutritious foods with an almost spiritual quality when shared with family and friends. For some, the lactose (dairy sugar) and the casein (dairy protein) cause near death experiences.

Wild tuna is an incredible, nutritionally dense, food source, prized for sashimi at the most exclusive restaurants and versatile for using the whole parts. With seasonal high lead contents, we should limit consumption, especially pregnant women.

Public information about these potentially deadly interactions allows the consumer to make informed decisions as to the food products containing these items.

Simply put the scientific method is the ability to observe a phenomenon, understand the phenomenon through real world or theoretical testing, and reproduce it through other means and other people.

Consensus among experts does not make a study true or false. 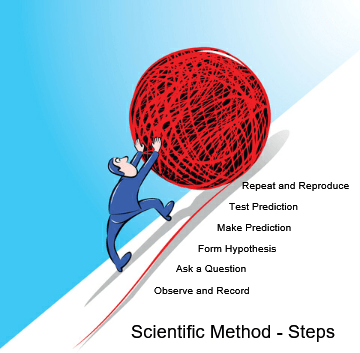 Observation – As the earth’s population increases, there is rising demand for fish protein. Salmon growing data is well documented. Net pens have inherent problems with pollution, predators and disease.

Question – Can I accelerate the growth rate of salmon, using less fish feed, by gene modification of the salmon?

Hypothesis – I can grow salmon on land avoiding the pitfalls of net pens, but I need to increase growth rate to offset the high initial capital costs of RAS. By adding genes to salmon from Chinook salmon and Ocean pout an eel I can improve growth and feed utilization.

Prediction – I can grow salmon in half the time using half the food.

A controlled experiment is a scientific test done under controlled conditions, meaning that just one (or a few) factors are changed at a time, while all others are kept constant.

There are two salmon groups in the experiment, and they are identical except that one contains modified DNA (Experimental Group) while the other remains natural (Control Group). The control group provides a baseline data on growth and feed efficiencies.

Scientists' measurements and observations made during the experiment. In this case, the data collected involves feed consumed and size and weight of salmon.

In complex biological systems there are always variables, it's mother nature by definition. In any school of salmon there will be fast growers and slow growers in the same environment fed the same food.

Because of this potential for variation, biology experiments need to have a large sample size and, ideally, be repeated several times. Sample size refers to the number of individual salmon in the experiment. Testing more samples and repeating the growth experiment more times makes it less likely that we will reach a wrong conclusion because of randomness of normal salmon growth patterns.

Results must be statistically significant.

For ethical and practical reasons some hypotheses can't be tested in controlled experiments.  For example, can ingestion of large dosages of anti-lice medication cause illness in humans. Another example would be studying the effects of CO2 and rainfall on large agricultural regions.

Scientists use computer modeling to test a hypothesis of future observations or patterns of phenomena. They measure the variables and determine if the model's predictive capabilities are accurate.

The molecules in our bodies called deoxyribonucleic acid (DNA), contain the biological instructions that make us and each species unique and cells within organisms to perform differently. DNA, along with the instructions it contains, passes from adult organisms to their offspring during reproduction. In the nucleus of each cell, the DNA molecule is packaged into thread-like structures called chromosomes. Typically in pairs or diploid in nature. Learn More

What is a GMO

Any plant, animal or organism, including viruses, whose genetic components have been man made or altered in a laboratory setting is considered a genetically modified food. Likewise, any food product that contains one or more genetically modified ingredients is a GM food.

Genetically modifying plants and animals can be done by :

The Vector Method
Cell genes are modified or removed and attached to a virus. The virus is altered to be less destructive and to carry the genetic payload. The virus then infects the target cells with altered genes. 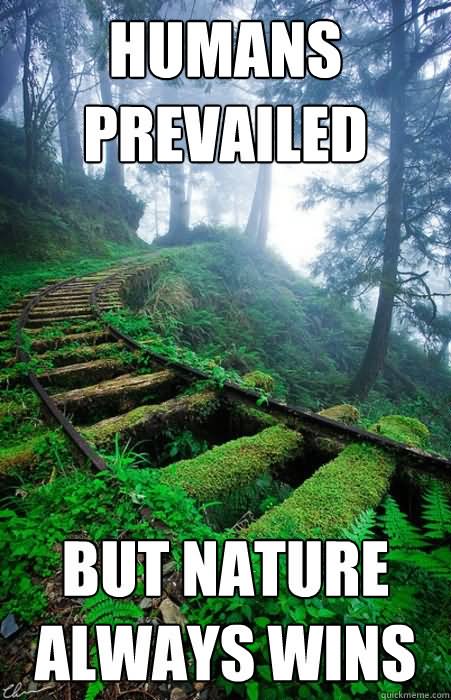 Consensus among experts does not make a study true or false.

Fish Grow Faster! Genetically Modified Salmon is a success! Are we done testing? What have we learned from other GMO’s already in our food system?

If out right bans are not possible, further testing of GMO plants, animals and genetically modified salmon should be performed.

1) Feeding experiments of animals similar to those carried out by Pusztai’s team, monitoring for transgenic DNA in the feces, blood and blood cells, and post-mortem histological examinations that include tracking transfer of transgenic DNA into the genome of cells. As an added control, nontransgenic DNA from the same GM-feed sample should also be monitored. In addition; the role of the CaMV 35S promoter in producing the “growth factor-like” effects in young rats should be investigated.

A. Puszati's study results showed that diets containing GM potatoes had, in some instances, interfered with the growth of the young rats and the development of some of their vital organs, inducing changes in gut structure and function, and reducing their immune responsiveness to injurious antigens. In contrast, the animals fed on diets containing the parent, non-GM potatoes, or these potatoes supplemented with the gene product, had no such effects.

2) Feeding GMO's and genetically modified salmon, trials on human volunteers with monitoring for transgenic DNA and horizontal gene transfer in the mouth and in the feces, blood and blood cells. As an added control, nontransgenic DNA from the same GM-feed sample should also be monitored.

Journal of Applied Toxicology study showed that consuming Bt corn potentially causes gut permeability or “leaky gut” that can cause health problems. When your gut becomes permeable, everything that you eat travels directly to your blood, which can result in food allergies and food intolerances.

Horizontal gene transfer occurs between the insect and the plant. In a German study conducted in 2000 by L.F. Friesen,  showed that when the adult bees fed the younger ones with the pollen of the GE crop, the same gut bacteria were found in the younger bees and the GE crop. During horizontal gene transfer, the gene of one species is injected into a different species, far from its kind. This can lead to unpredictable and unexpected results unlike when vertical gene transfer happens through asexual or sexual reproduction.

4) Full molecular characterization of all transgenic lines to establish uniformity and genetic stability of the transgenic DNA insert(s), and comparison with the original data supplied by the biotech company to gain approval for field trials or for commercial release of plants and genetically modified salmon.

5) Tests on all transgenic plants created by the Agrobacterium T-DNA vector system for the persistence of the bacteria and the vectors. The soil in which the transgenic plants have been grown should be monitored for gene escape to soil bacteria. The potential for horizontal gene transfer to the next crop via the germinating seed and root system should be carefully monitored.

Read, read, read.  Make up your own mind. Write to your government representatives and learn what they know or don’t know. Where we can at least agree is that information is vital to our health and that of the environment. Labels must cover the package or assume it's a GMO.

We feel that meeting the demands of fish protein growth can be achieved through RAS naturally.  We will not feed GMO ingredients to our salmon, nor will we sell genetically modified salmon.